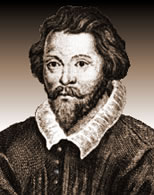 Born in London at the end of 1539 or early 1540, William Byrd was the foremost composer of the Elizabethan age and among the three or four English composers since the Renaissance who have stood unequivocally as equals with their continental contemporaries. A master of keyboard music and the madrigal as well as Latin and English church music, he was an organist and member of the sovereign’s private religious establishment, the Chapel Royal. Yet he remained throughout his life a dedicated Roman Catholic who was persecuted as a recusant and who upheld through his art the old faith.

The spirit of his work survived undimmed through the neglect of the baroque and classical periods. It was only with the publication of The Byrd Edition during the 20th century, however, that the full range of his genius became evident and accessible to music lovers, an awareness enhanced by the wide range of recordings now available, performed by many of the world’s leading early music specialists.

Filter by
Categories
Back To Top
Copyright © 2021 Stainer & Bell Ltd. - All Rights Reserved
The site uses cookies to offer you a better experience and by continuing to browse the site you accept our Cookie Policy. You can change your settings at any time. Find out more.